What are sea cucumbers?

Sea cucumbers are sea animals called echinoderms—like starfish and sea urchins. There are some 1,250 known species, and many of these animals are indeed shaped like soft-bodied cucumbers. All sea cucumbers are ocean dwellers, though some inhabit the shallows and others live in the deep ocean. They live on or near the ocean floor—sometimes partially buried beneath it.

Sea cucumbers feed on tiny particles like algae, minute aquatic animals, or waste materials, which they gather in with 8 to 30 tube feet that look like tentacles surrounding their mouths. The animals break down these particles into even smaller pieces, which become fodder for bacteria, and thus recycle them back into the ocean ecosystem.

Sea cucumbers can breed sexually or asexually. Sexual reproduction is more typical, but the process is not very intimate. There must be many individuals in a sea cucumber population for this reproductive method to be successful.

All Blue Ocean Health product must satisfy the following;

Analysis of our sea cucumber product.

Blue Ocean Sea Cucumber is currently not available for sale in Australia.

Blue Ocean is proceeding to undertake a process whereby TGA approval will be sought and obtained for the product for its manufacture and sale in Australia and the export of finished product from Australia.

Trepangers from the Sulawesi region of modern day Indonesia are known to have been visiting the coast of northern Australia sometime around the early 1700s, first in the Kimberley region, and some decades later in Arnhem Land, to trade, collect and process ”trepang”(the Indonesian name for sea cucumber), which was prized for its culinary value and for its medicinal properties in Chinese markets. There is some evidence of earlier visits in the 1600s and recent carbon dating of some Aboriginal rock art in the Northern Territory suggests contact as early as the 1500s.

Sea cucumber is referred to as, bêche-de-mer in French, gamat in Malaysian, while Makassarese (Indonesian from Sulawesi) has 12 terms covering 16 different species.  One of the Makassar terms, for trepang, taripaŋ, entered the Aboriginal languages of the Cobourg Peninsula in the Northern Territory , as tharriba in Marrku, as jarripang in Mawng or otherwise as darriba.

The Makassan crews established themselves at various semi-permanent locations on the coast, to boil and dry the trepang before the return voyage home, four months later, to sell their cargo to Chinese merchants. Marege was the Makassan name for Arnhem land (meaning "Wild Country"), from the Cobourg Peninsula to Groote Eylandt in the Gulf of Carpentaria. Kayu Jawa was the name for the fishing grounds in the Kimberley region of Western Australia, from Napier Broome Bay to Cape Leveque.

Matthew Flinders, in his circumnavigation of Australia in 1803, met a Makassan trepang fleet near present day Nhulunbuy. He communicated at length with a Makassan captain, Pobasso, through his cook, who was also a Malay, and learned of the extent of the trade from this encounter.

Blue Ocean Health continues this tradition in that all of its premium sea cucumber sourced from Shark Bay is provided by Tidal Moon Pty Limited a company whose rights to harvest arise from its ownership by local Aboriginal persons. 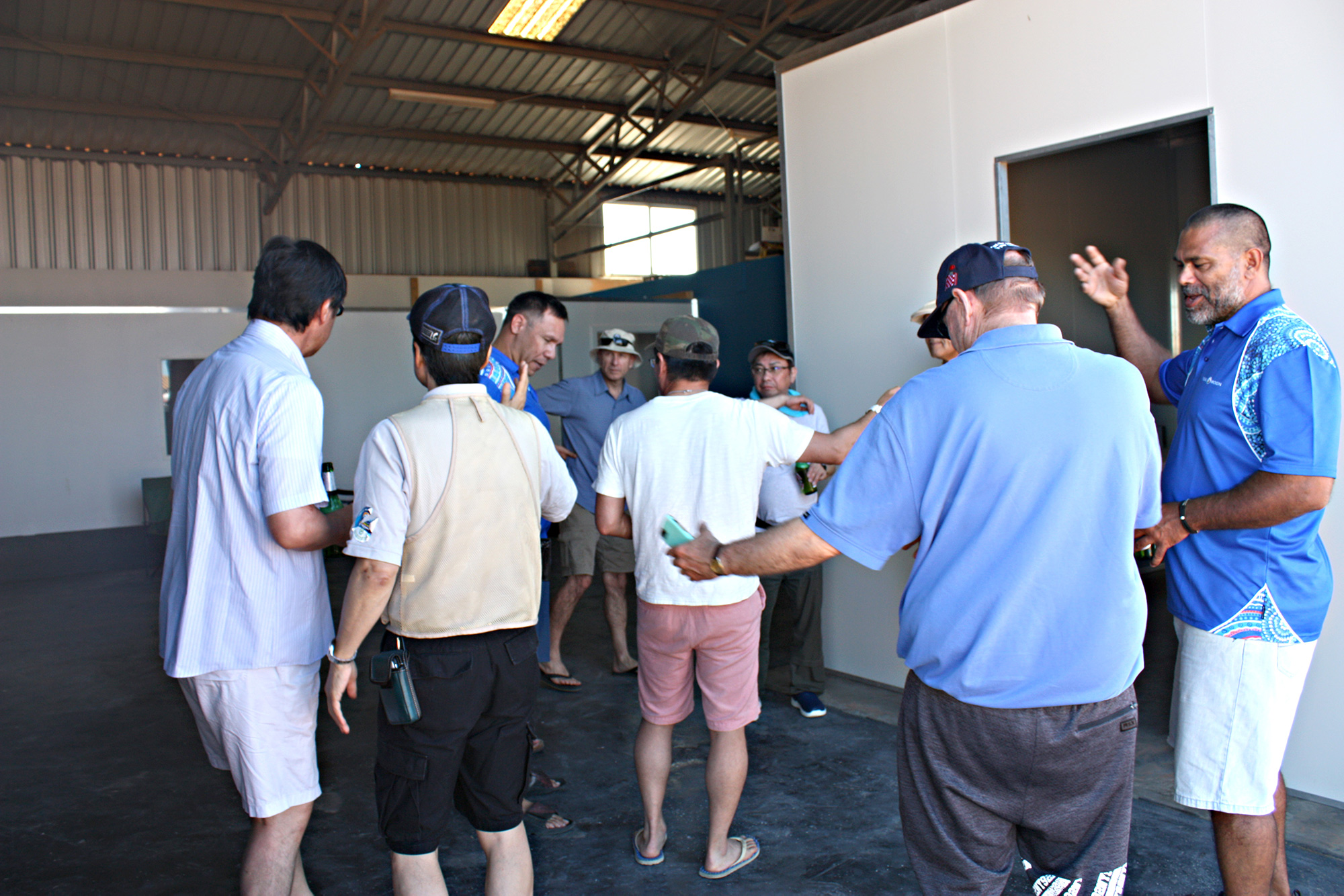 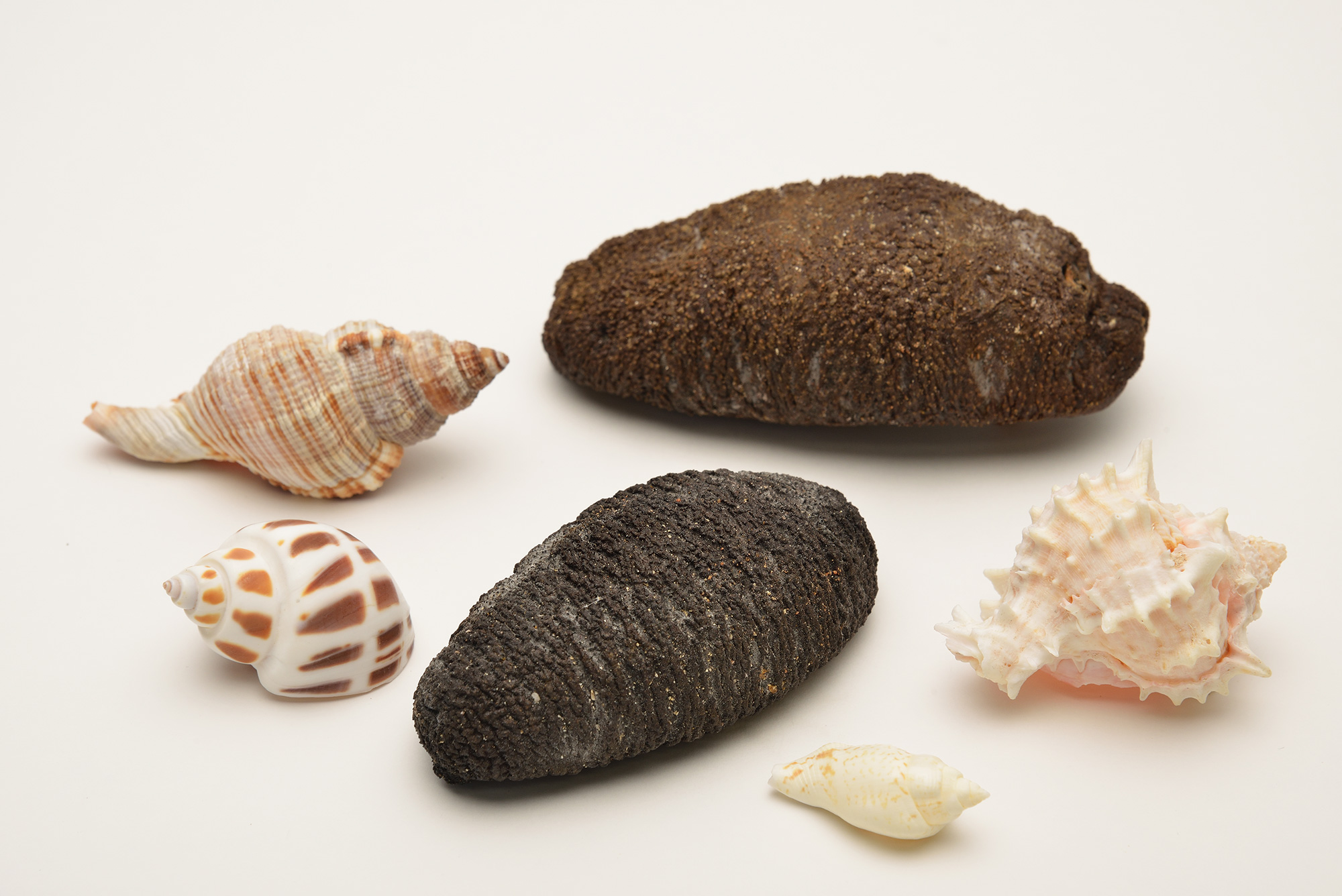 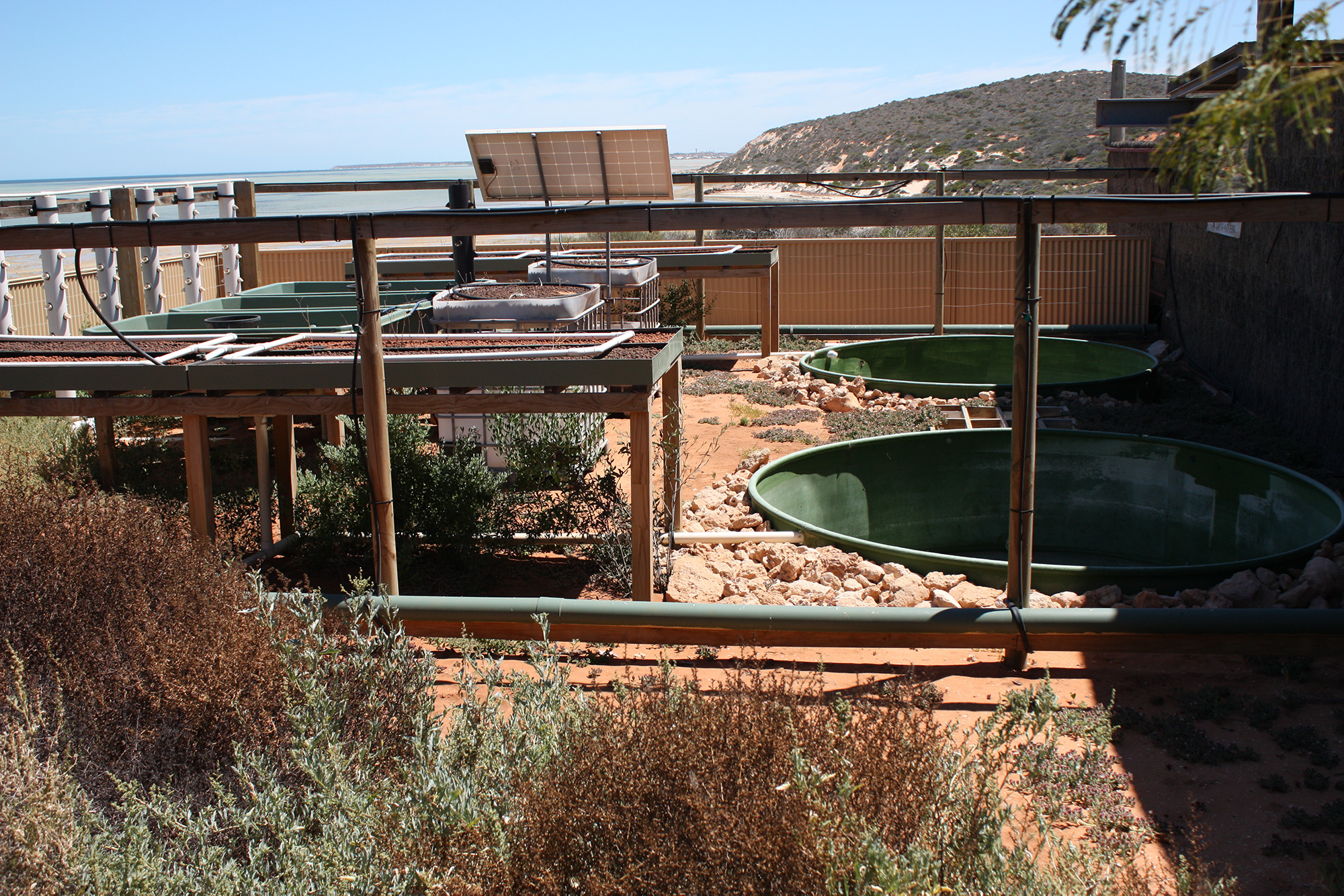 In many parts of the world sea cucumber stocks have been overexploited in the wild, resulting in incentives to grow them by aquaculture or as the case with Blue Ocean Health to undertake a breeding and re-stocking program of wild populations. .Sea cucumbers have also been extensively farmed often with very poor environmental and animal outcomes. In China, sea cucumbers are cultured, along with prawns and some fish species, in integrated multi-trophic systems. In these systems, the sea cucumbers feed on the waste and feces from the other species. In this manner, what would otherwise be polluting byproducts from the culture of the other species become a valuable resource that is turned into a marketable product.

The market for sea cucumber products exceeded US$5 billion in Asia in 2017 (source The United Nations Food and Agriculture Organisation report in respect to sea cucumbers 2018). Our realistic target is a small portion of this market. In the medium term the Company will also examine other supply opportunities for sea cucumber, both in respect to aquaculture projects and alternate areas of production including other parts of Asia.

Blue Ocean Health has access to successful Japanese breeding technology and will commence a trail program at Denham commencing early 2020.

Sea cucumbers used for breeding are collected from the wild. Only the largest and healthiest individuals are used for broodstock, as the success of a hatchery relies on the healthy condition of brood individuals. These individuals are kept in breeding tanks and fed with a paste made from freshly collected algae. Sea cucumbers can be very difficult to breed if water conditions are not right and if proper food is not provided sea cucumbers will eviscerate or re-absorb their gonads rendering them unfit for spawning.

After spawning Blue Ocean Health is looking to encourage the growth of the larvae potentially by using the facilities at Ocean Park Aquarium at Denham.

The first month after hatching is particularly crucial and mortality during the larval phases is particularly high. Larval survival drops to 30 – 34% after the first 20 days of hatching and larval development. Larvae usually hatch 48 hours after fertilisation and spend their first 17 days as feeding larvae or auricularia. During this phase they are fed on a mix of planktonic microalgae. Around day 19 of development the larvae transform into their pentacula phase and settle. Plates or polythene sheets are provided as substrate for larvae to settle on and to feed off.

Juveniles are sometimes transferred to a sand-based feeding substrate in nursery tanks when they reach 10mm; however, survival of juveniles is better if they are allowed to grow to 20mm before transferral to sand. Juveniles are grown for a few months until they reach 5–7cm when they are moved out to sea ranches or into ponds. Blue Ocean Health is currently examining the feasibility of acquiring a pearl farm aquaculture license in Shark Bay for use as a sea cucumber farm.

Sea ranching is carried out in sheltered bays with seagrass in areas with few predators. The sea cucumbers can be kept in cages made from fine woven mesh or in tub enclosures. If this activity is to be carried out in Shark Bay Blue Ocean Health will need to manage the project acknowledging the special significance of the area and sea bed pens and enclosures are unlikely to be acceptable to the authorities. Monitoring water quality and growth characteristics are essential to survival during this phase. Sea cucumbers are ready to harvest after 12 months of grow out. 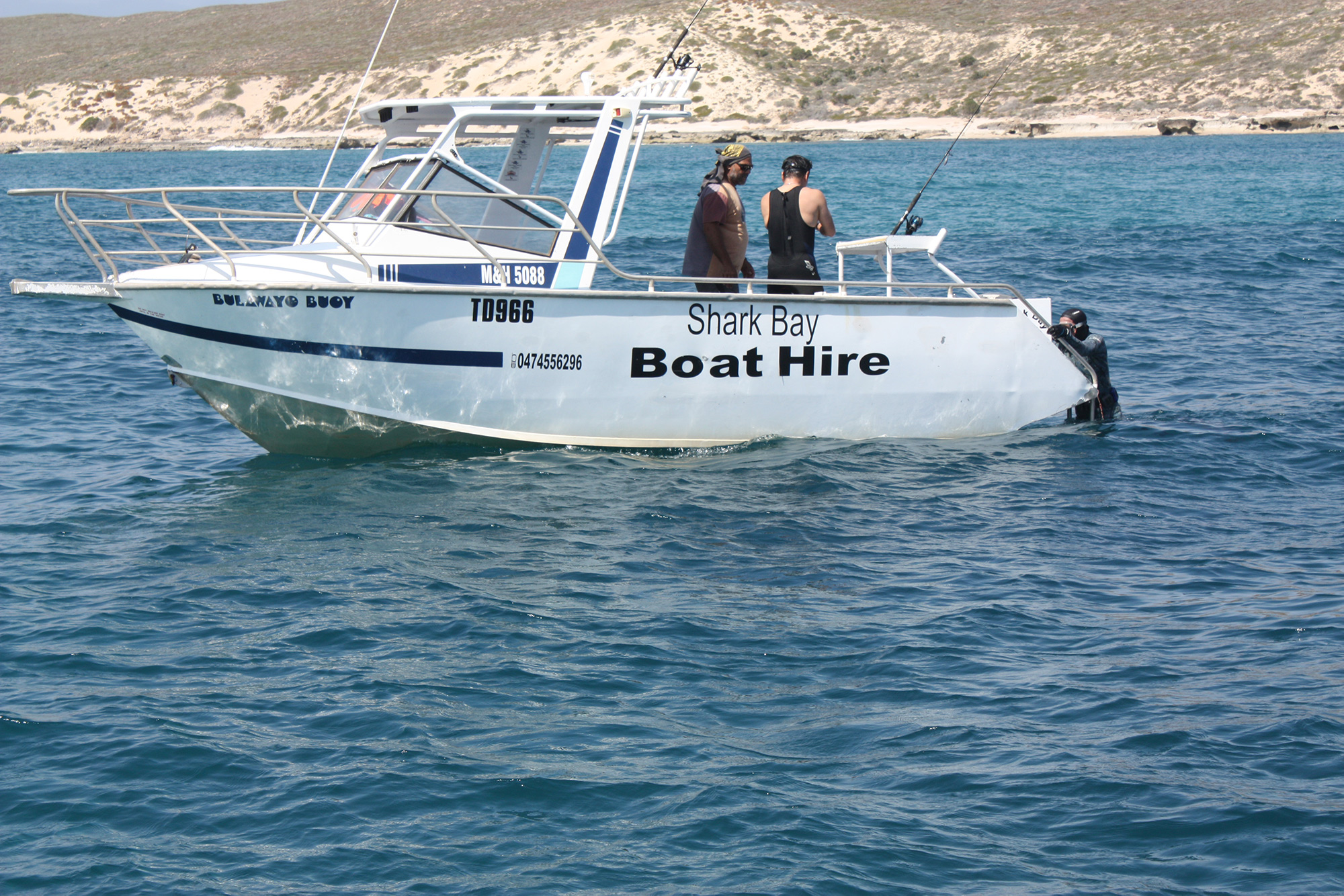 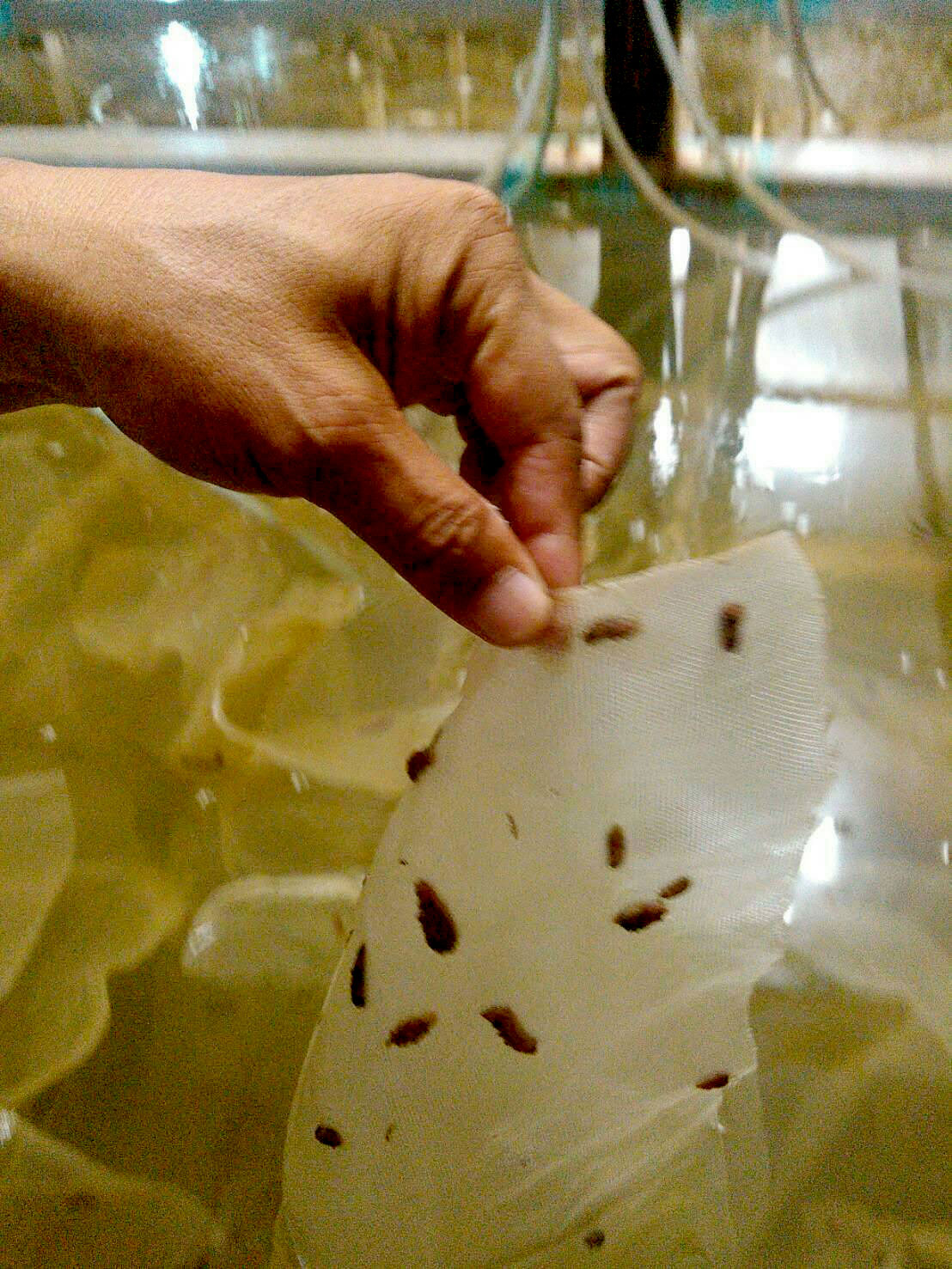 An A1 Investments & Resources Company